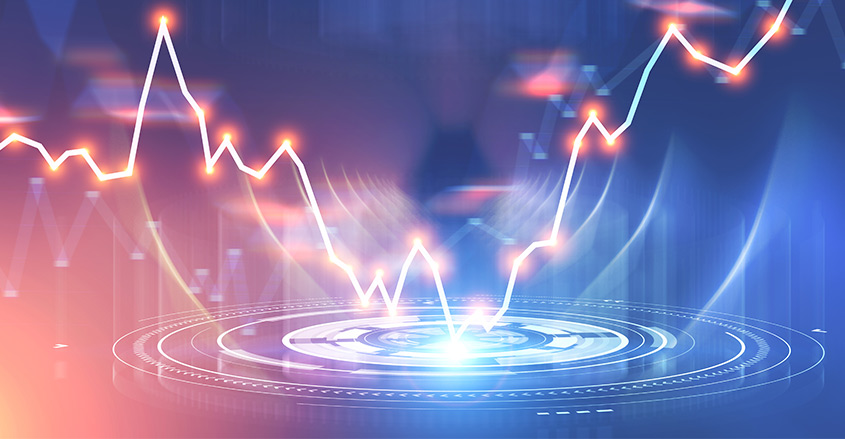 When the topic of dividends is raised, most investors tend to think of utility stocks or other stable blue-chip companies that traditionally dole out cash to their shareholders.

Recently, however, an unlikely sector of the market has been reliably disbursing dividends — the technology sector.

Tech stocks, flush with cash, have been returning a portion of that money to shareholders instead of reinvesting the earnings in the business.

There are a number of reasons that explain why some tech stocks now pay dividends.

Tech stocks are commonly viewed as innovators in their particular fields that rarely — if ever — declare dividends.

Certainly, most tech stocks during the early days of their rapid development and explosive growth phases started out in this manner.

Over time, however, like most other corporations tech stocks sooner or later evolve into more mature companies with lower rates of growth and more predictable, stable earnings.

A good example of this phenomenon is the early history of Microsoft, prior to its entry into the cloud computing services business in 2103.

Those who purchased stock in Microsoft in the early days, when Bill Gates was introducing his personal computer operating system that would eventually dominate the market, saw the price of the stock rise astronomically from 37 cents in 1987 to $45 in 2000.

During this period of time, Microsoft was viewed as one of the hottest growth stocks in the market.

During this period of its history the company paid no dividends. Instead, it plowed the cash backinto the business for further product development and to enhance existing software products, as well as its Windows OS.

After 2000, Microsoft stock followed the predictable path of growth companies that had entered their mature stages.

From 2000 through 2012, the price of the stock was mostly flat, trading in a narrow range, reflecting a company with a stable and reliable earnings history.

Some tech stocks follow a familiar business growth cycle as Microsoft and, once they mature, begin paying out dividends.

So, a question arises, under which conditions, if any, will tech stocks pay dividends?

The corporate tax reforms passed in 2015 eliminated the tax on repatriated foreign earnings. That money was held offshore by many companies to avoid being taxed at the ordinary corporate rate of 35%.

Many large companies, including tech stocks, had left their foreign earnings untapped rather than incur a massive tax bill if they brought the money back to reinvest in the business. The sums that remained overseas were astounding.

The amount of revenue generated by the foreign operations of major U.S. corporations is staggering. In 2015, it was estimated that some $2.5 trillion in overseas profits were being held by some of the largest U.S. companies, including Apple and Microsoft.

Rather than lose approximately 35% of those earnings to taxes, many of these corporate titans decided at the time that their shareholders would be better served by leaving the money offshore and tax-free.

Once the repatriation damn broke, hundreds of billions of dollars began flowing back to the domestic coffers of U.S. corporations. According to congressional estimates, over the next decade corporations can expect to save $223.6 billion in the form of reduced taxes on foreign profits.

How will the money be spent and to whom will the benefits primarily accrue?

Elimination of the 35% tax on foreign earnings has brought a smile to the lips of shareholders nationwide. Indeed, stockholders seemed to be the biggest winners of the 2016 tax changes, as corporations showered upon their shareholders manna from heaven in the form of generous and unexpected cash dividends.

Even if some of these tech stocks were still in their rapid growth phase, the pressure to return some of that foreign cash they were hoarding would be overwhelming. Most companies would yield to shareholder demand.

The large sums repatriated by the tech companies indicates another issue that helps explain why tech companies pay dividends. In addition to the money added to cash coffers from repatriation many tech stocks have generated enormous amounts of free cash flow.

Shareholder of tech companies who during the growth phases received no cash return eventually want to see some of the corporations earnings disbursed in the form of dividends.

Apple was pressured by long-term shareholders several years ago to allocate some of its cash flow for dividends, instead of pouring all profits back into R&D or capital spending.

Apple has not only paid dividends out of its earnings and repatriated cash, it has also increased its dividend to shareholders, in part to meet earlier demands for enhanced returns on shareholders’ equity.

A number of tech stocks that are currently paying out dividends to shareholders.

As noted above, Apple is no longer stingy with its cash flow. For example, at the end of its second quarter ending in March, Apple had $225 billion of cash plus marketable securities on its balance sheet; subtracting debt, net cash amounted to nearly $113 billion.

The following month, Apple declared a quarterly dividend of 77 cents a share, an increase of 5% from 73 cents. Apple has raised its dividend payout to shareholders every year since 2013.

Even though Microsoft is experiencing another growth spurt, one reminiscent of its earlier days, the company boosted its quarterly payout rate last September to 46 cents a share, up from 42 cents per share, a nearly 10% increase.

One of the reasons for Microsoft’s increased payouts is because of the enormous surge in revenue it has experienced from its Azure cloud services computing business.

IBM is another tech stock that pays dividends. Among the tech group, IBM has the highest dividend yield at 4.3%.

Investors should be mindful that although it doesn’t impact the dollar amount of dividends paid, as the price of the tech stock increases, dividend yield will drop.