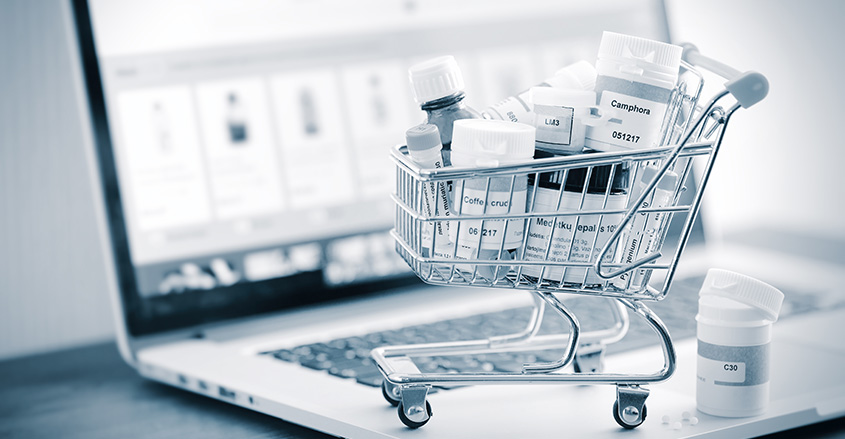 The way Americans purchase their prescription drugs is changing. Amazon’s entry into the pharmacy business through its purchase of online pharmacy PillPack sent shock waves throughout the chain drugstore industry.

However, Amazon is only part of the reason why the business of many brick-and-mortar pharmacy chains is in jeopardy.

At first blush, it would seem that the greatest risk to the retail pharmacy business would be the disruptive force of Amazon. The retail giant clearly has the resources to play the long game.

Yet, it must be noted, PillPack isn’t the first pharmacy company to sell prescriptions online. Mail-order prescription delivery services have been around for quite some time, so their presence in the market place, in and of itself, hasn’t killed-off CVS, Walgreens and other staples of the retail pharmacy chain business.

The real reason growth in online drug sales threatens traditional pharmacies is because it puts their staid and profitable business model at risk.

For one, more customers are paying for their prescriptions with cash instead of through their insurance plans. According to Kaiser Family Foundation data, 5% of approximately 4 billion prescriptions filled at a chain-store pharmacy last year were paid with cash.

The big change is that more and more families are starting to use high deductible health plans which incentivize purchasing cheaper generic drugs through online pharmacies.

The number of people migrating over to higher deductible plans is substantial. Nearly 30% of workers covered under an employer-sponsored health plan were enrolled in such plans.

Under a typical employer plan, an individual would need to spend approximately $1,350 before the insurance covers medical bills; the out-of-pocket amount for a family is $2,700.

Some plans prefer that patients purchase brand-name drugs over their less expensive generic equivalents. Given these restrictions, it frequently is cheaper for patients to pay cash for generic over using their health insurance.

The profit margins for generic drugs are slim. As such, existing and upstart mail-order pharmacy companies don’t necessarily present a mortal threat to the established pharmacy chain stores.

Thus the biggest danger for the brick-and-mortar chains is that the slow shift to mail-order prescriptions by health plan participants will diminish profitable in-store foot traffic. Drugstore shoppers buy all sorts of non-medical items while picking up drugs — candy, toiletries, food and so on.

CVS, Alliance Walgreens and Walmart operate more than 20,000 stores in the U.S., generating hundreds of billions in annual revenue.

These figures starkly reveal that a significant portion of revenue for the chain stores is generated through non-pharmacy purchases. CVS and others may offer home delivery services, but it is readily apparent that as the number of individuals filling their prescriptions online increases, it means fewer customers purchasing sunscreen, household items, some foodstuffs and health and beauty aids.

The loss of these ancillary purchases will, over time, erode profit margins

Although comparable non-pharmacy related sales increased slightly at CVS for 2019, it has decreased at Walgreens and CVS since 2015. The decline of foot traffic is a foreboding trend for the traditional pharmacy chains.

The pharmacy chains must ensure that all of their square footage yields revenue by creating new reasons to convince shoppers to visit the stores more frequently.

These plans could include other ancillary health products or services or enhancing their in-store offerings on other products commonly purchased by consumers.

Towards that end, CVS and Walgreens are remodeling hundreds of stores into staffed medical centers aimed at those customers with chronic health conditions. Walmart also is contemplating after-hours prescription pickups, which may include drugs in online grocery orders.

Over the past few years, the amount of shelf space CVS has devoted to stocking food items has increased dramatically. In many cases, customers saw discounts on well-known brand names such as Starbucks coffee. Discounting is one way that retail chains are trying to maintain foot traffic in the now-underutilized space in their retail stores.

Amazon may be the least of the old-line chain pharmacies problems. Shifting prescription drug purchasing habits of consumers over time will rob the brick and mortar stores of their highly profitable and irreplaceable foot traffic.

Finding new ways to allure traditional and new customers to their stores will be needed to offset the decline in insurance-covered prescription drug sales.