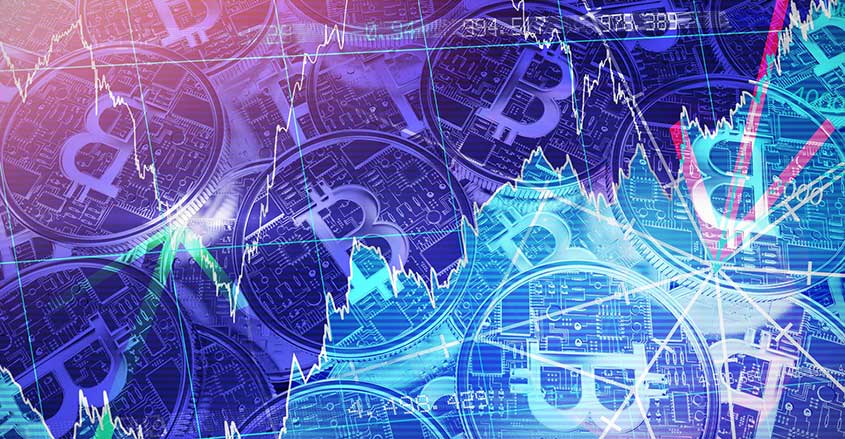 Price action aside, there are only about 4 million Bitcoins left to be mined.

That begs an interesting question: Will the most popular cryptocurrency increase in value? Crash out of sight? Something else?

A lot depends on who you ask. Bitcoin is currently trading on major financial markets at about $10,600.

While this is indeed a high trading price, that’s a precipitous drop from its previous financial market high of $20,000 in December 2017, which sparked fears of a bubble.

Bitcoin, a wholly digital currency which exists solely online, can only be created on the Internet.

The cryptocurrency is owned and regulated by no one and can only be created by bitcoin “mining,” a complex mathematical and computer processing effort that consumes a lot of energy and time.

Bitcoin is, in the most basic sense, is a crowdsourced currency. Anyone can create bitcoins on their computer or smart device, though in practice it’s technically difficult.

They exist on a public ledger called a blockchain. A Bitcoin miner uses sophisticated computer algorithms to solve complex mathematical problems in exchange for Bitcoins.

For every blockchain equation that is solved, the subsequent mathematical blockchain problem becomes more complex to solve, making it harder to create the next Bitcoin.

Nevertheless, about 1,800 Bitcoins are mined every day. The progressively difficult process of blockchain mining has some analysts concluding that the last Bitcoin will probably be mined sometime in 2140.

According to Bitcoin analyst Jamie Redman, who writes for Bitcoin.com, speculators who believe in its growing rarity may fuel future cryptocurrency rallies.

“A great majority of bitcoiners believe digital scarcity will make bitcoin more valuable over time, and with 16.8 million mined so far it will get harder,” Redman says.

Bitcoin is an extremely unstable and volatile form of investment. There is no financial regulatory body or central government which can control bitcoin creation. It’s impossible to forecast its future value.

The scarcity of bitcoins, and their investment market volatility, is be tempered by the fact that all Bitcoin mining creates a micro-version of the cryptocurrency, called a “Satoshi.”

Bitcoins were created by an enigmatic and unknown individual named Satoshi Nakamoto, which may or may not be a pseudonym.

In theory, even after the last bitcoin is mined, there could be the potential to mine more than 2 quadrillion Satoshis in the future.