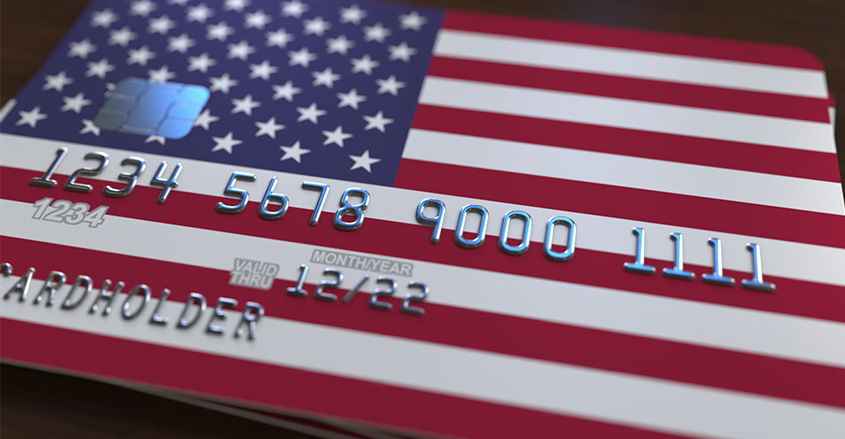 How much do we owe, on average? Enough for everyone to own a home in Kansas.

A Federal Reserve survey found that Americans aged between 35 to 44 have more than $133,000 in personal debt. In 2017, the total debt Americans were burdened with topped $13 trillion dollars, more than half the size of national debt itself.

The previous record for American debt in 2008 was just $280 billion dollars, a massive increase in just a decade’s time. While huge, the number is unsurprising, perhaps, after a decade of extremely low borrowing costs.

The study detailed the amount of debt, types of debt and the age tiers upon which the debt is carried.

Fro instance, people aged under 35 owed significantly less debt than people over 35. The survey found that people aged 35 to 64 found their debt increasing every decade.

Then, debt levels taper off between the ages of 65 to 75.

Such debt is being amassed by Americans through a variety of sources, such as credit card debt, car notes, student loans, mortgages and so on.

In fact, Americans have amassed mover three times more in student loan debt compared to a decade ago.

Experts believe that, among other reasons, rising levels of American debt can be tied to rising standards of living.

The rising costs associated with having a family is another factor.

“We see that rise in debt at the time most people are looking for bigger homes to get more space for their family, buying cars for their children, or paying college tuition for them,” continued Salter.

Additionally, Salter said that such rising levels of debt is voluntarily assumed by people as their personal finances can withstand the cost.

According to Salter, people assume more debt as they become more professionally established in their careers.

Experts are concerned by the rising levels of debt. Younger people assuming more debt now will accrue more later, compared to the elderly of today.

Worse, they likely will face much higher interest rates.

“Younger people are taking on debt at a higher rate and paying it off at a lower rate,” said Lucia Dunn, an economics professor at Ohio State University.

“When they reach age 75, the debt picture for them will look a lot different than what we currently see. When you project out these trends, it is not so optimistic,” said Dunn.