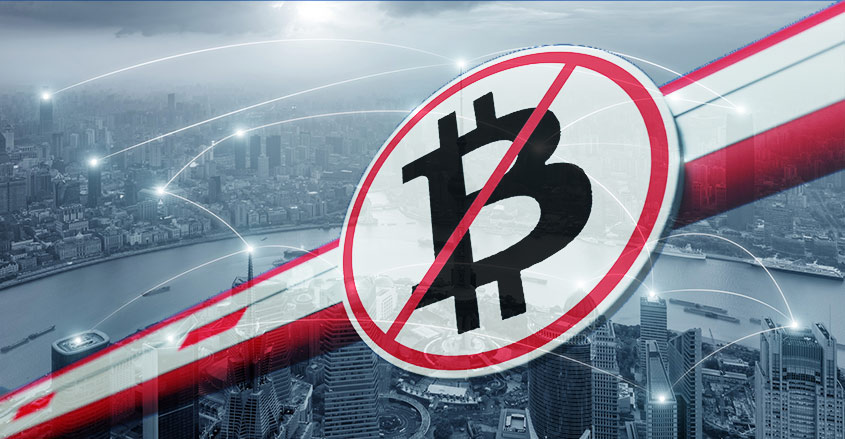 How does a country prohibit domestic investors from engaging in crypto-related activities such as Bitcoin trading and initial coin offerings (ICOs)?

If you’re the Chinese government, you rely on your “great firewall” to accomplish the task.

China’s Internet firewall, long a tool of suppression for political reasons, works by both targeting individual Internet domains and general keywords the government has decreed as forbidden.

Chinese authorities had closed domestic virtual digital coin exchanges, but that didn’t prevent people from continuing to engage in cryptocurrency trading by accessing foreign exchanges from within the country.

“Overseas transactions and regulatory evasion have resumed,” reported Financial News, the official voice of the People’s Bank of China.

According to US-China Investment News, after China tried to eliminate trading operations on local exchanges, once the most active Bitcoin trading venues worldwide, “the industry quickly moved offshore to Hong Kong, Singapore, Tokyo and beyond.”

Despite early attempts at regulating the Bitcoin markets, the government noted that the “risks are still there, fueled by illegal issuance, and even fraud and pyramid selling.”

The Chinese central bank hopes to “tighten regulations” on people’s ability to participate in overseas cryptocurrency transactions and ICOs. Of course, sophisticated and determined Chinese crypto-traders could potentially bypass the network ban by using a VPN service.

The enhanced Chinese regulations added additional uncertainty to an already volatile virtual coin market. It was part of the reason for the recent drop in the price of Bitcoin.

Bad regulatory news in the Bitcoin market comes on the heels of a decision by major U.S. banks to ban the use of their credit cards for purchasing Bitcoin and other related crypto currencies.

Regulators worldwide have increased scrutiny of the cryptocurrency markets and have announced regulatory initiatives to curb the potential for fraud and abuse in the Bitcoin markets.

India recently stated that it would not accept cryptocurrency as legal tender and would take necessary measures to eliminate use of virtual currencies to finance “illegitimate activities or as part of the payment system.”

Regulators in the United States will monitor cryptocurrency trading and Bitcoin markets with a view to detecting fraudulent activities. Regulators have said that unscrupulous traders would be prosecuted  under federal securities and commodities laws.