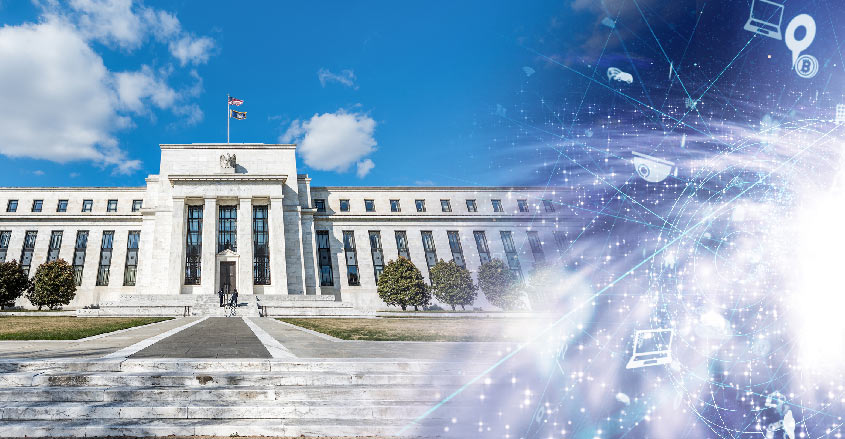 Former U.S. Federal Reserve governor Kevin Warsh believes that the monetary authority should consider minting a government-regulated cryptocurrency of its own, to be called “FedCoin.”

He also was on the shortlist to chair the Federal Reserve in 2017.

Warsh said that if had returned to the Fed, he would have put together a team to brainstorm how to create a FedCoin.

Although Warsh does not believe that digital currencies will replace fiat currencies anytime soon, he thinks a government version of the technology could be useful.

A price-stable government crypto would be useful to regulate monetary policy, he believes, especially if another regional or global financial crisis strikes.

One criticism of digital currencies is the fact that they can be used to clandestinely launder money for criminal purposes.

The unstable valuations of cryptocurrencies means many speculators and investors have gained and immediately lost fortunes.

Warsh, like many Bitcoin critics, nevertheless values the underlying blockchain technology behind digital currency creation such as Bitcoin.

Sometime in the future, Warsh believes, blockchain could enable the safe transaction and transfer of trillions of dollars between banks.

The monetary authority of Singapore and the Bank of England are currently researching and developing their own, signature blockchains.

Fed Chairman Jerome Powell, meanwhile, said in November 2017 that blockchain could have “significant applications in the wholesale payments part of the economy.”

The impact of digital currencies on the financial world as it currently exists cannot be underemphasized. Most critics fear the decentralized nature of cryptocurrencies, which are created online and anonymously.

Cryptocurrency creation via Bitcoin mining is anonymously logged on a digital ledger called a blockchain.

Cryptocurrencies themselves thus are not regulated, minted or controlled by any government or financial regulatory body.

Most critics are wary of the potential of digital currencies to destabilize the global fiat currency infrastructure.

Many critics, too, have prophesied the end of cryptocurrencies many times during its rise as an investing craze in recent years.

Yet cryptocurrencies have persevered. Now some experts say that they may replace fiat currencies or act as a precursor to an as-yet unrealized future global currency.

Another reason that Warsh advocates for the creation of a FedCoin is to ensure that central banks stay ahead of the curve.

If cryptocurrencies evolves how money is transacted globally, then financial authorities should not lag, according to Warsh.

Interestingly, Warsh currently is an investor in Basis, formerly known as Basecoin.

Basis is a digital currency with a built-in algorithm that makes it price stable and thus attractive to risk-averse central banks.