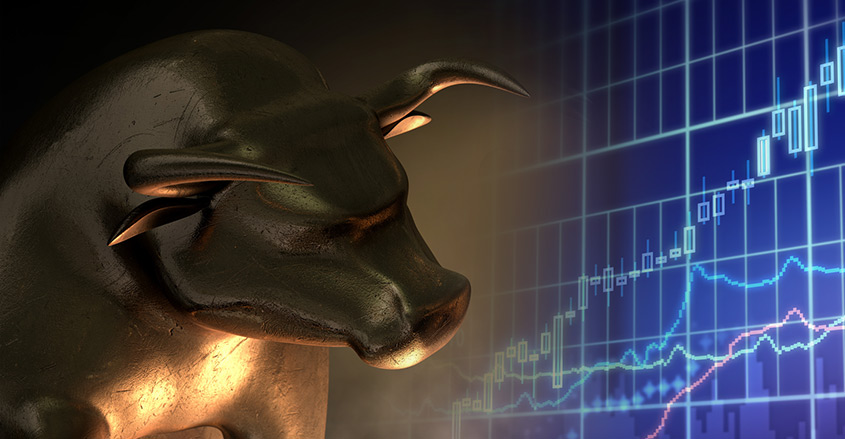 Recent stock market volatility has created consternation and panic among many investors.

After a decade of historically unprecedented low-interest rates that helped fuel the 10-year rising market, rates are now rising, throwing a cog in the wheel of investors’ previously sound and time-tested investment strategies.

The new reality? For investors, the good times of cheap money and steadily rising markets are over.

No longer will it be sufficient for investors to park money in large-cap stocks paying generous dividends. Those stocks were responsible for ample uninterrupted total returns provided by the S&P 500 Index.

After a decade of marginal interest rates, many investors became rattled recently when rates finally began to rise and the yield curve simultaneously began to flatten.

After being relatively unattractive for years, the rate of return on fixed income vehicles, that is, bonds, is starting to look competitive compared to stocks.

These factors have had an adverse impact on the stock market, particularly among those companies that had been paying generous dividends for so many years.

In order to be competitive with the rising yields on bonds, the price of stocks that had increased their payout ratio consistently dropped in order to make their dividend yields comparable.

Another historical anomaly that has prevailed during the last decade was the relationship between bonds and equities.

During the long bull market since 2009 this relationship was inverted, which proved advantageous for investors because the bonds provided a cushion against dips in the stock market.

A whole generation of investors, fund managers, institutions and retail investors were brought up, trained and gained their practical experience in a market that has been going in one direction only.

Many of these investors have never witnessed a down or unstable market and now must adjust to a market environment many view as hostile, unfamiliar and untoward.

The new market environment will require discipline on the part of investors and a reassessment of the percentage mix between bonds and stocks in their portfolios.

Everyone is an investment guru in a rising market. One’s true mettle is tested when conditions change and are no longer favorable to familiar and previously prudent investment strategies.

In the new environment, investors are going to have to challenge their previously held assumptions and biases and readjust their strategies for a stock market that has turned unpredictable.