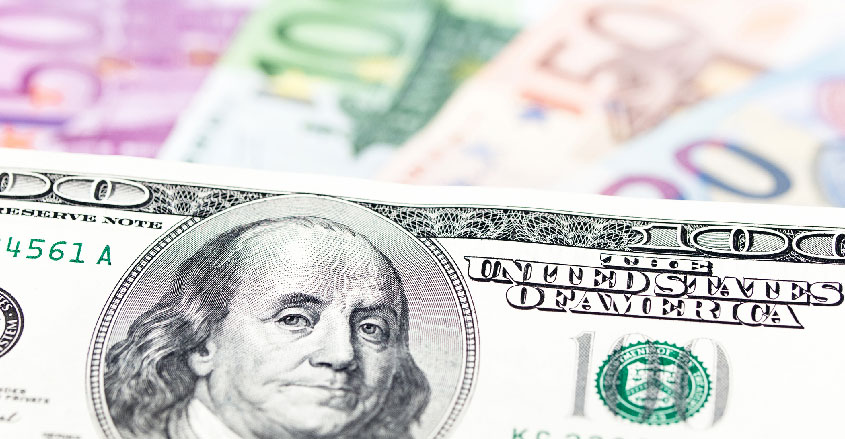 The U.S. dollar is starting to become less attractive for investors due to rising debt at home and the printed money to cover it, says famed international investor Jim Rogers.

His prediction has huge implications for foreign currency, gold, and cryptocurrency investors. All three are potential safe havens from a future U.S. dollar collapse.

“The dollar will be higher than it is now because turmoil will come,” Rogers told RT.

“Then, the dollar will be too expensive and people will look around and say, ‘America has the greatest debt in world history. Americans print money as quickly as possible.'”

Even more shockingly, Rogers claims that the U.S. currency will lose its status as the main reserve currency sooner than 2030.

Reserve currencies are currencies held by foreign powers in order to stabilize their own economies. If those powers began to sell their dollars, it would feed a sustained and permanent dollar crash.

The cost of imports would rise dramatically since it would take more dollars to buy the same goods from abroad.

For Americans, the change would be felt as galloping and uncontrollable inflation, though arguably U.S. exports would also become more attractively priced for foreign consumers.

Rogers argues that people should look at what developing countries are doing.

“They are forming a competing currency right now,” Rogers said.

A dollar alternative will come from the countries that “have been bossed by the U.S., and they don’t like it, but have enough power to do something about it.”

Rogers believes that organizations such as the International Monetary Fund and World Bank have often been wrong about their decisions and should be abolished.

He also says that they been “politically dependent” on the United States for decades.

Recently, Rogers has made other, similarly bearish claims.

This week alone, he said he would not invest in North Korea because the U.S. government was stopping him from doing so. He further argued that North Korean leader Kim Jong Un has been trying to make a peace treaty deal with the United States for over three years.

“The kid has been trying to make a deal with America for three years. Obama cut it back — the bureaucrats in Washington cut it back when he was trying to — he wanted to sign a peace treaty,” said Rogers, who co-founded the Quantum Fund with George Soros in 1973.

Rogers has also claimed that the next downturn of the economy will be one of the worst in history.

He backs this stance by pointing out that the amount of debt that has “skyrocketed” everywhere in the world since the last recession in 2008, which was mainly caused by debt.

“Why would people think the next collapse — whenever it comes — won’t be worse than the last one?” said Rogers.

Rogers also believes that sanctions and trade wars are the biggest treats to the world’s economic stability.

“The world has learned throughout history that closing off is not good, opening up is good,” Rogers said.