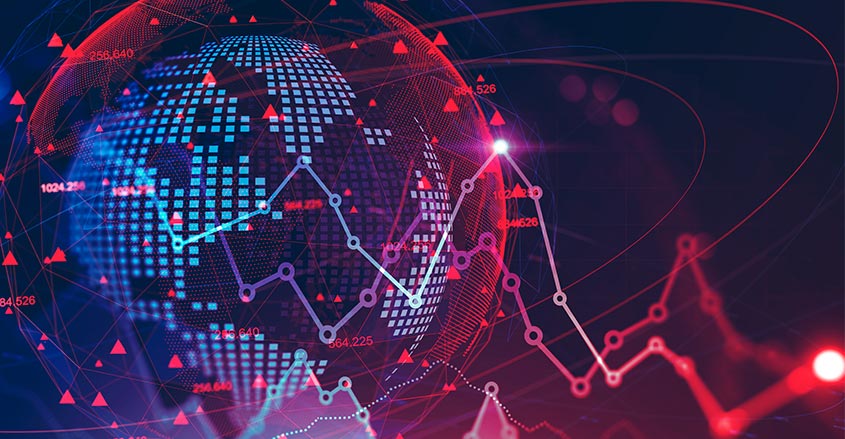 “Nevertheless,” he says, “we would ‘buy the dip’ if global equities were to fall 5% to 10% from current levels.”

“While the pace of reopening will slow, there is little appetite for the sort of extreme lockdown measures that were implemented in March,” he said.

“The U.S. Congress will ultimately extend fiscal support for households and firms. Around the world, both fiscal and monetary policy will remain highly accommodative, which should provide a supportive backdrop for stocks.”

A dip in the market’s near future isn’t so far fetched an idea.

The U.S. presidential election, a return to the strict lockdowns of spring, and vaccine headline news both positive and negative all have the potential to shock the market.

But while all this may happen, buying the dip in this pandemic market has been the go-to strategy for some.

While there will be turbulence now and then in the market, the trend in the market ever since that precipitous drop off in late March has been upward.

That has analysts saying that the smart investor will let money ride in the market and even buy if there is a slight dip.

Evercore ISI’s Dennis DeBusschere is another analyst advising to buy the dip.

DeBusschere believes markets could be in for a “sharp rebound” if the United States can curtail the spread of COVID-19 as to avoid straining the health care system.

“A significant COVID second wave would continue to drive asset prices lower, but with vaccine development continuing, little correlation between economic re-openings and increased case growth and hospitalization data at the national level,” investors should be on the lookout for every opportunity to buy the dip, wrote DeBusschere in a note.

DeBusschere isn’t all roses, in any case.

One factor that may tear DeBusschere’s thesis to pieces is if hospitalizations surge. Evercore’s current research shows “plenty of ICU capacity in every state.”

Officials in South Florida, Houston and Arizona, say this isn’t the case.

“We are adding more capacity, but we are absolutely stretched now, and if it keeps going this way, we’re going to run out of room. We’re going to look like New York,” said Jamie McCarthy, MD, an executive vice president and emergency room physician at Memorial Hermann Health System in Houston.

ICUs at Texas Medical Center are now operating at 103% capacity as of July 12th. Fifty-two hospitals in Florida have entirely run out of ICU capacity.

Officials in Arizona at the Maricopa County Medical Examiner’s Office has set about purchasing coolers and hiring extra staff since the office is “currently near capacity for body storage.”