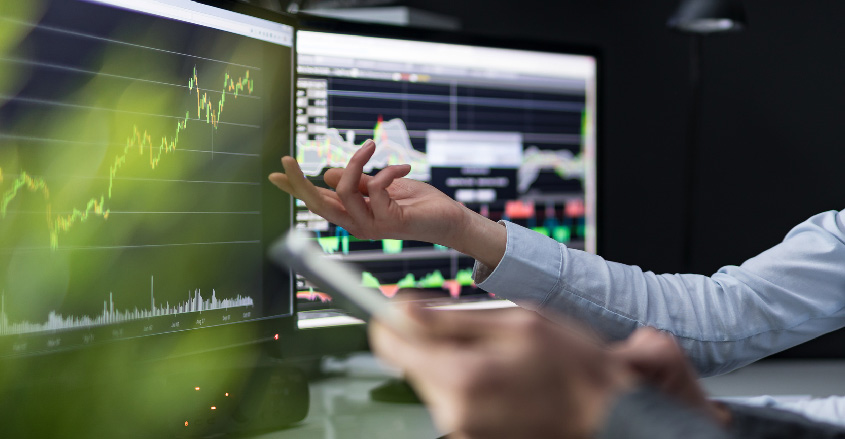 Our model portfolio recommendations took a big hit, on average, over the past four days, as stock prices, in general, pulled back sharply from November 16 to 21.

My research has continued to indicate that all of my currently recommended small company stocks will generate positive returns during the year ahead, as I expect those stocks’ underlying companies to continue to increase their revenues and earnings at a fast pace.

Still, it’s time to take some measures to protect our subscribers against a likely continuation of the recent downturn in the U.S. stock market, as well as in other major equity markets around the world.

I say that, primarily, because the latest readings on some key leading economic and stock market indicators suggest that the United States’ pace of economic growth will slow considerably during the first half of 2019.

Stock prices, in general, thus will likely continue to trend lower over the next few months.

For example, data released this week by the National Association of Homebuilders (NAHB) and the U.S. Department of Commerce indicate that economic activity in the country’s housing market and manufacturing sector will continue to weaken during the months ahead.

Specifically, the National Association of Homebuilders reported on November 19 that its Housing Market Index, which is based on recent sales of newly-constructed U.S. homes, homebuilder expectations regarding sales of such homes over the ensuing six months and the recent interests expressed by prospective buyers of new homes, declined during the first half of November to the lowest level since August 2016.

And, the U.S. Department of Commerce reported on November 20 that initial work on the construction of new privately-owned U.S. homes (new housing starts) declined by 2.9%, and that the number of building permits issued for new housing starts declined by 6%, during October, as compared to the same month a year ago.

Separately, the Institute for Supply Management reported on November 1 that its October survey of purchasing managers at U.S. factories indicates that manufacturing activity in the United States slowed for the second consecutive month during October.

And, the U.S. Department of Commerce reported on November 21 that new orders for durable goods (i.e. furniture, household appliances and business equipment) placed at U.S. factories declined during October for the second consecutive month, falling at the fastest month-to-month pace since July 2017.

The continued slowing in the United States’ housing market, and the recent slowing in the country’s manufacturing sector, are very significant because economic activity in those markets has historically served as reliable leading economic and stock market indicators.