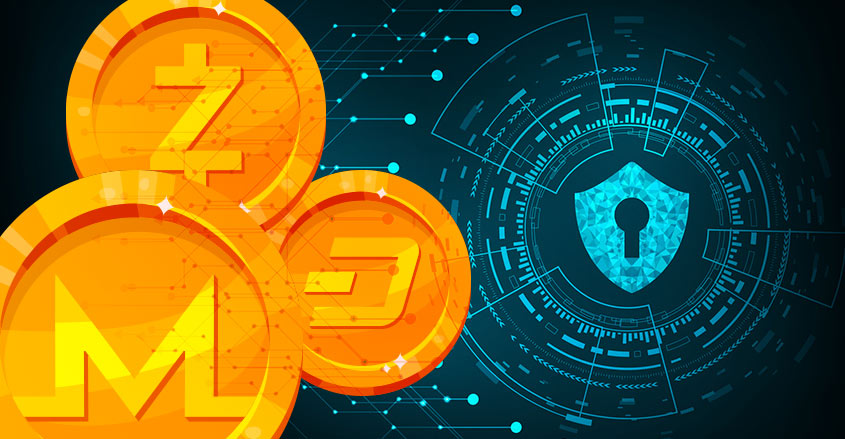 Privacy cryptocurrencies have gotten a bad rap in the wake of the federal shutdown of The Silk Road drug market and the publicity around the use of Bitcoin and other alt coins for illicit activity on the dark web.

Cryptocurrencies have a legitimate place in any alt coin portfolio and also as a tool for citizens and consumers. You wouldn’t show the entire world your tax return, your credit card bill or your purchases for you, your spouse or children, and Bitcoin does exactly that by allowing anyone to check your transactions.

Part of the promise of blockchain is not only allowing consumers to protect their information but to own their data, whether it be DNA tests results, smart contracts or crypto kitties.

With the big four tech companies consolidating intimate data and governments worldwide snooping on citizens and getting hacked themselves, the time is right to take another look at privacy cryptos.

Verge uses Tor and I2P addresses to make IP addresses untraceable and uses simple payment verification to clear transactions faster than many other alt coins.  It also offers a number of secure mobile wallets for both Android and Apple.

Verge coin was created in 2014 as a DodgeCoinDark. On Feb. 15, 2016 DodgeCoinDark rebranded to Verge so the crypto community and new users would understand that it is a serious coin in contention with the heavy hitters and that it does not support illegal activity.

Verge is currently trading at $o.9 and has plenty of room for growth.

ZCash uses ZK-SNARKS zero-knowledge proof to provide both verification and anonymity. This was a breakthrough for privacy coin technology, though it doesn’t hide user IP addresses unless they are using Tor or similar technology.

ZCash trades at a whopping $426, but that is still only a $2 billion market cap for a coin that revolutionized privacy. Zcash also allows encrypted memo fields which allows a secret message to be sent from the sender to receiver, similar to writing a note on a check except only the holder of the note can see it.

Funding for Zcash was provided by giving its development team and the ZCash Foundation 20% of the ZCash for the first four years. That translates to $400 million so they should be well funded to continue to advance the technology.

Finally, Monero is one of the best known privacy coins and for good reason. By combining Ring Confidential Technologies with Ring signatures and Stealth Addresses, Monero makes the identification of an IP address or transaction nearly impossible to trace.

Monero is trading at $298 apiece, but with its cachet and technology it could increase significantly.