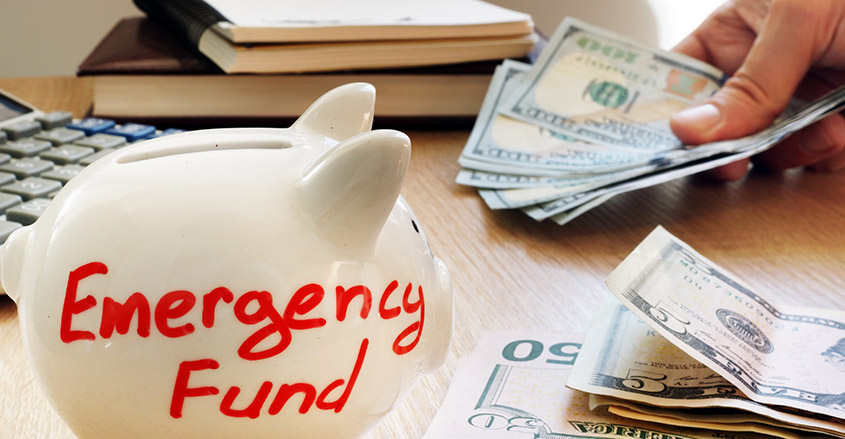 Financial security is foolproof barometer of true wealth. If you have no money worries, you’re rich at any level of savings.

Yet the vast majority of Americans are not confident in their financial security.

More than 40% of us couldn’t pay $400 to handle a financial emergency. Around a quarter of Americans describe themselves as being “financially insecure.”

One important measure of financial security is the prudent use of banking services. Financially insecure people feel they can’t afford to use banks or they are intimidated by them.

Accordingly, 6.5% of Americans don’t have a bank account. Nearly one in five are “underbanked.” They may have a bank account, but they avoid traditional financial services in lieu of dependence on money orders, payday loans, pawnshop borrowing, and so on.

These types of situations, like being one small-dollar emergency away from financial ruin, that necessitates the need for having an emergency fund.

A new study suggests that working-class Americans should have an emergency fund worth at least $2,467 as a six-month financial security buffer.

That’s just two months rent. Have that in your bank savings account and your financial security is far greater than most.

The study was done by Emily Gallagher, an economist authority at Federal Reserve Bank of St. Louis and educator at the University of Colorado, and Jorge Sabat of the Universidad Diego Portales in Chile.

This study incorporated the financial data of over 70,000 working class U.S. households in its findings.

Gallagher and Sabat’s study recommends saving enough money to act as a six-month financial security buffer. Their roughly $2,500 estimate should be sufficient in the event of unemployment and medical emergencies.

Gallagher stressed that while some Americans might not be financially secure, they can approximate strategic short-term financial security with emergency fund planning.

“When you have less than $2,467 stored away … your probability of near-term hardship is relatively high, and each additional dollar you save is associated with a much lower likelihood of hardship,” Gallagher wrote.