The Tax Cuts and Jobs Act of 2017 made deep cuts to both corporate and individual tax rates, but only the corporate tax reduction is permanent.

“The one thing that we regret not having been able to do in the original tax bill was the personal side expired,” said Cohn.

“We would like to go back and make the personal side permanent. We do not want that to expire.”

Signed into law by Trump on Dec. 22, the law significantly cut corporate tax rates, down to 21% from 35%.

It also moderately cut tax rates for millions of Americans and doubled the standard deduction while taking away some exemptions.

Cohn resigned from the Trump administration in March 2018 after a political falling out with the commander-in-chief. 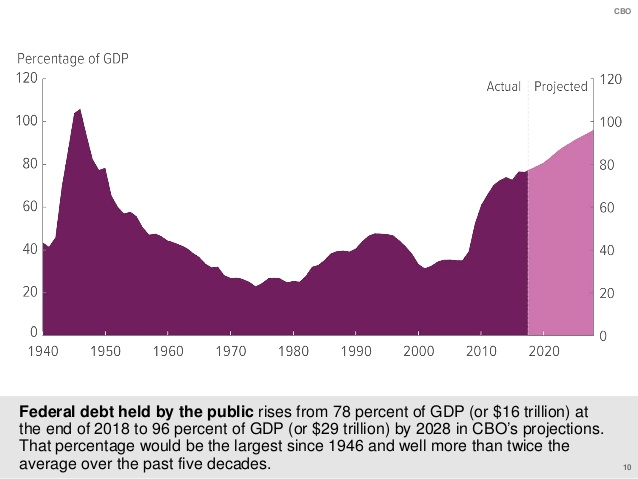 Cohn agrees with Brady’s idea and personally endorsed it. “Chairman Brady has an interesting idea and it’s something that we should do. He thinks we should do tax modifications every year,” said Cohn.

“The world’s always changing, tax law’s changing. We in the United States should not stay stagnant,” Cohn added.

Cohn considers the Tax Cuts and Jobs Act of 2017 “the big accomplishment” of his brief tenure in the White House. CNBC financial analyst Larry Kudlow replaced Cohn in the Trump administration.

Critics claim that the Tax Cuts and Jobs Act of 2017 unfairly benefits corporate America and the wealthy elite.

They also charge that the so-called “Trump tax cuts” will be a disaster for the federal budget, irresponsibly adding huge new levels of debt to the country’s current $21 trillion national debt tally.

The results of the Tax Cuts and Jobs Act of 2017, and whether they will prove a benefit or bane, might not be known for some time.

The metrics of the American economy are currently inconclusive in terms of the impact of the recent cuts.

According to calculations from the Congressional Budget Office, the federal deficit held at $382 billion for the first fiscal quarter of 2018. That amount is 10.7% higher that the same fiscal quarter period of 2017.

However, the tax cuts added to spending will add up to a $1 trillion deficit by next year and push the national debt to $33 trillion from $21 trillion within a decade, according to the CBO.

At that point, the national debt will be close to the same size as the entire U.S. economy, up from about 77% today.

Corporate America is hopeful that the Trump tax cuts will improve business.

William Dudley, president of the New York Federal Reserve said it would be “shocking” if the tax bill didn’t improve business spending.