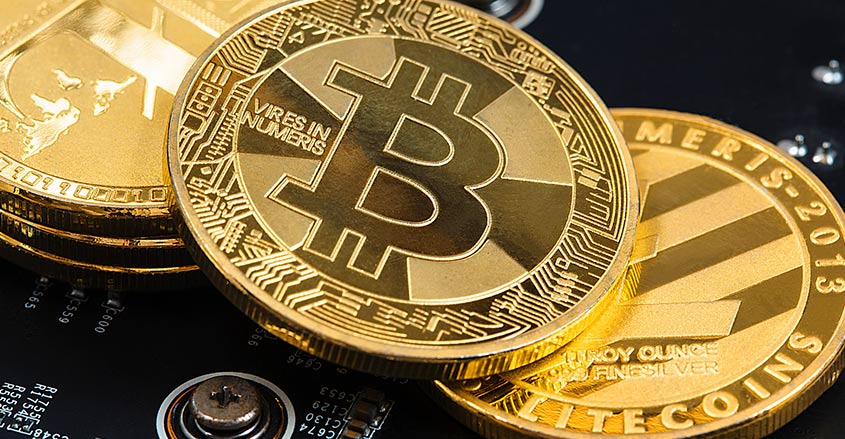 The cryptocurrency market has begun 2019 much like it traded 2018 – a choppy pullback that’s showing evidence of being a price correction.

Following the mid-December 2018 lows, it’s looking positive for a bit of a higher rally before we’ll get a better idea about what could develop in the coming year.

As for Bitcoin, a bullish price pattern is lining up nicely with fundamental arguments for why the cryptocurrency market should do well in the next few years.

As crypto investors, 2018 was a year for building a longer-term position with deeply discounted prices.

While it’s painful to experience a bear market when you’ve been invested before the bear awoke, it is a time for building. While the bear roamed, we built up a diverse portfolio of several coins with different risk factors.

Developers used the quieter period to do some very important work with the technology, laying the foundation for the next bull market.

The 2018 bear market might have ended with the mid-December low but we won’t know for sure for probably another month or two.

A positive sign for the coming bull market will be a rally in Bitcoin above its November high near $6,550 so there’s still a lot of work for the bulls to do. So far, I like the price action following the mid-December low.

Despite the bear market, or perhaps because of it, we’re seeing some very strong developments in the cryptocurrency market.

The past year has accomplished what bear markets do: Much of the wheat has been separated from the chaff. We’re seeing which crypto projects are strengthening while others weaken and wither away.

I still expect a significant reduction in the number of crypto coins (there are currently 2,076 of them) over the next few years.

There are still unanswered questions about many cryptocurrencies, especially the ones that will be considered securities by the SEC.

We therefore can’t know how well each coin will do in the future. But there could be help from Congress if there is support for two bipartisan bills introduced by Representatives Soto (D-FL) and Budd (R-NC).

The Virtual Currency Consumer Protection Act and the U.S. Virtual Currency Market and Regulatory Competitiveness Act of 2018 are designed to help protect consumers from price manipulation. The two bills direct the Commodities Futures Trading Commission (CFTC) and other financial regulators to recommend improvements in the regulatory environment.

If passed, these bills would exempt cryptocurrencies from existing securities laws. This would be a major change. Instead of having the SEC apply laws written nearly 100 years ago, a new definition for cryptos would be applied.

This would lift the veil of uncertainty currently clouding the future of many of the Ethereum-based ICOs. Fingers crossed for bipartisan support to get these bills passed sooner rather than later. U.S. competitiveness is riding on these bills.

Further evidence of the coming wave of mass adoption of cryptocurrencies comes from England.

According to a Twitter poll conducted by England’s central bank, about 70% of those polled would prefer to receive a monetary gift in the form of cryptocurrency rather than in British pounds.

More people are questioning the value of their fiat currencies and accepting the idea that cryptocurrencies will be safer to own in the future.

Demographics are going to have a large impact on what happens in the cryptocurrency market. The Baby Boomer generation was the largest demographic group before the Millennials arrived.

As Boomers drift off into their sunset years (and, as many would say, leaving a financial mess behind), the Millennials are picking up the torch. (Generation X, those born in early-to-mid 1960s to the early 1980s, is too small a demographic group to have much of a financial impact.)

The Millennial generation has been much maligned, especially by the Baby Boomers, which is typical between the older and younger generations.

While making fun of the Millennials can be fun, it becomes much more serious when we consider their future impact on investments, especially cryptocurrencies.

Tom Lee, a financial market analyst with Fundstrat Global Advisors, made a presentation in February 2018 that I think is a fascinating exposition on the impact of demographics on cryptos and financial markets in general. It is called “Economics of Cryptocurrencies.”

In a nutshell, Lee observes that cryptocurrencies are primarily a Millennial thing. As a group, they are very distrusting of governments and banks.

They view cryptocurrencies as a way around corrupt institutions. What’s very important for crypto investors to understand is that Millennials are reaching their prime years as investors.

While we like the idea that institutional investors are showing greater interest in cryptocurrencies, much of the new demand will still be driven by the retail crowd.

The largest crowd is now the Millennial generation. Demographically speaking, the future is bright for cryptos in the coming years.