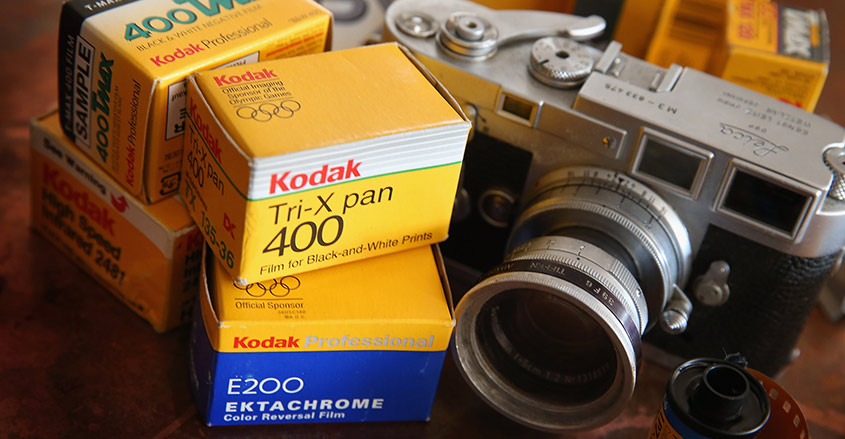 In a turn of events that has set the financial world abuzz, camera maker Eastman Kodak Company announced it has plans to host an initial coin offering (ICO).

The new coin, to be called KodakCoin, will be a cryptocurrency for photographers.

In a press release, Kodak said the purpose of KodakCoin will be to “create an encrypted, digital ledger of rights ownership for photographers to register both new and archive work that they can then license within the platform.”

“For many in the tech industry, ‘blockchain’ and ‘cryptocurrency’ are hot buzzwords, but for photographers who’ve long struggled to assert control over their work and how it’s used, these buzzwords are the keys to solving what felt like an unsolvable problem,” said Kodak CEO Jeff Clarke.

The ICO is slated for January 31 and will be open to the United States, Canada, the UK and other countries. It will be regulated under the SEC guidelines as a security token.

Further solidifying Kodak’s commitment to blockchain technology was the announcement that Kodak plans to introduce Bitcoin mining rigs at their headquarters in Rochester, NY.

Customers will be required to pay an upfront fee to rent mining capacity. As of now, Kodak says they have already rented all their available spots and that there is heavy demand.

While all these innovations have yet to play out, one area that did particularly well today was traditional Kodak stock. It closed the day of the announcement at $6.80, an amazing 117.60 percent gain.

Kodak is by no means the first company to try and hop on the blockchain trend. The Long Island Iced Tea company recently renamed itself Long Blockchain and subsequently saw its stock price triple.

On-line Plc, a British company that invests in internet and information businesses, renamed itself On-line Blockchain Plc and saw its stock jump by as much as 394 percent.

It seems that cryptocurrency is increasingly starting to draw some real mainstream recognition from investors, for better or worse.

“This is a phenomenon we saw back during the dot com days in the late 1990s where traditional companies would mention some kind of internet strategy and their stock price would jump up,” Garrick Hileman from the University of Cambridge told U.S. News and World Report.

Whatever Kodak’s impetus was to join the world of cryptocurrency, it is certainly a much needed improvement and forward thinking approach then the one they adopted during the digital revolution.

Kodak was infamously slow to leave behind film instead of digital cameras. As a result, the company forfeited market share.