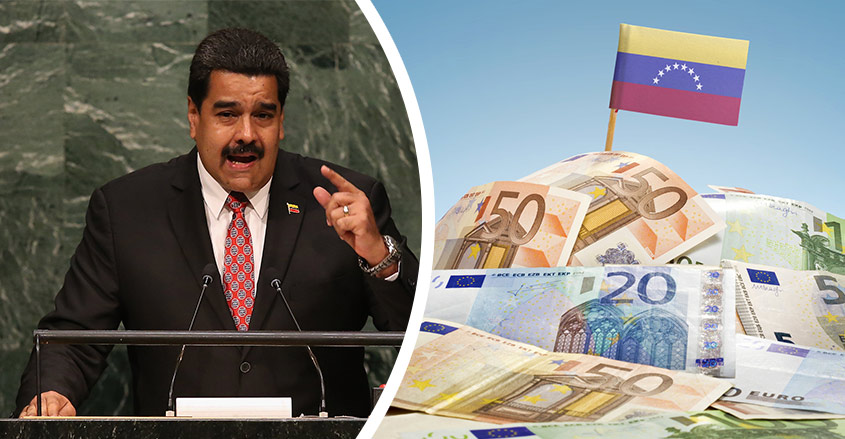 The government of Venezuela raised $735 million on the first day of a presale of its oil-backed cryptocurrency, the “petro.”

That’s hard currency in a country awash in debt and facing a failing economy on nearly all fronts. But it might not matter, experts say, since the country’s leadership doesn’t seem to understand cryptocurrencies at all.

Investors paid discounted rates for tokens with an official value of $60. They can exchange the tokens for petros in an initial coin offering (ICO) in March, when public trading in petros is set to start.

The petro’s official posted a guide to establishing a virtual wallet to hold the petro.

Contrary to information in a report provided by the Venezuelan government, however, the petro will not be among the tokens on the Ethereum network.

Venezuelan President Nicolás Maduro has said 100 million petros will be issued and each will be backed by a barrel of crude oil produced in Venezuela.

Barriers to widespread investment in petros loom, however.

Maduro hopes the petro will allow Venezuela to nullify the impact of the U.S. sanctions that block U.S. investors and banks from buying new debt issued by Venezuela or refinancing the country’s existing debt.

Maduro hailed the petro as a cryptocurrency “that can take on Superman,” a reference to the United States.

The petro is the first sovereign cryptocurrency and perhaps not the last. Russia, also burdened by U.S. sanctions, has considered the creation of a “crypto ruble.”

But analysts doubt the petro will prove feasible.

Alex Van de Sande, a developer for the Ethereum Foundation who works from Brazil, told the Washington Post that it appears Venezuelans behind the launch of the petro “don’t really understand how any of it works.”

Leidenz said the petro program leaves unclear how buyers would claim the barrels of oil that back the cryptocurrency, or if the coins would function like bonds that would turn holders into lenders.

The Venezuelan government is planning to sell 82.4 million petros during the initial coin offering in March.

Under the government’s plan, the number of petros in circulation will be capped at 100 million unless the country’s Superintendency for Cryptocurrency approves a higher number after a vote by petro holders.

Of course, allowing more petros to exists puts Venezuela right back on the slippery slope it currently faces — an inflation-wracked nation with a domestic currency that loses value by the hour.