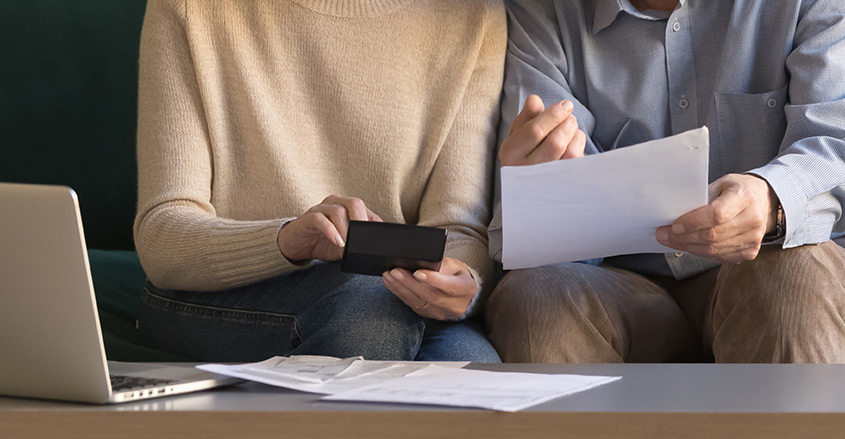 The Setting Every Community Up for Retirement Act (SECURE) modifies many existing aspects of retirement plans to address the realities that people are now working and living longer. Some of the more notable provisions of the new legislation include the following:

Prior to the law, retirees had to take a required minimum distribution (RMD) from their retirement plans once they turned 701/2. Under the new law, the RMD provision is extended to age 72.

There is an important caveat however, the new provisions do not apply to those already older than 70 1⁄2 or who turned 70 1⁄2 in 2019 (born on or before June 30, 1949). These individuals, must continue taking RMDs under the old rules.

The changes to existing RMD provisions enables savers to keep more money in their traditional IRAs and 401(k) plans for longer periods. The advantages are that a retiree can forego paying income taxes on mandatory withdrawals if they don’t need funds currently to pay for their living expenses.

It is important to note that the new provisions only extend the age limit for RMDs. Individuals must still take the RMD or face a 50% penalty tax on the amount they should have taken.

The statutory age limit of 70 1/2 for making contributions to qualified plans has been eliminated. Lifting the age cap allows people with taxable income to continue to fund their existing retirement savings accounts. This revision was an acknowledgement of the fact that many people now work longer because individual life expectancies have increased.

One of the most significant provisions of the new legislation is the attempt to address the unavailability of qualified retirement plans for employees of small companies.

It is estimated that approximately 42% of employees in the private sector don’t have access to a sponsored plan. The new law helps level the retirement savings plan playing field by making it easier for two or more employers to band together for the purpose of offering employees the tax advantages of a 401(k) retirement plan.

The new rules increase the tax incentives for small business owners ten-fold. The tax credit for new plans has been raised from the current cap of $500 to $5,000, or $5,500 for employer plans that enroll workers automatically.

The thrust of the legislation is to facilitate the ability of small employers to pool together to provide 401(k)s for their employees. For example, the new provisions eliminate the prior requirement that there be a “commonality of interest” between those businesses looking join together.

Elimination of the stretch IRA

Under the law a favored estate planning tool has been eliminated. Previously, a beneficiary of an inherited IRA was allowed to spread out or “stretch” the distributions and tax payments over his or her life expectancy.

Many people use the stretch IRA concept to create a reliable source of income over their lifetimes. Under the new provisions those who inherit IRAs must withdraw all assets of the IRA or 401(k) within 10 years following the death of the original account holder.

The new law exempts from the 10-year rule assets left to a surviving spouse, a minor child, a disabled or chronically ill beneficiary, as well as beneficiaries who are less than 10 years younger than the original IRA owner of 401(k) plan participant.

Employers will now be able to add annuities to the list of approved investment choices for their employees. An annuity offers individuals an opportunity to convert the assets in their retirement into a stream of lifetime income, similar to many defined-benefit pension plans.

According to the Vanguard Group, only 9% of employers currently offer annuities as an approved investment selection for employees’ retirement plans.

Employers who select annuity providers would be insulated from liability, so employees who opt for this choice would have to conduct due diligence on their own.

Prior to the new legislation individuals who worked less than 1,000 hours per year were ineligible to participate in their company’s 401(k) plans. Under the new provisions, employers who administer a 401(k) plan must offer the plan to employees who work more than 1,000 hours in one year or 500 consecutive hours over a 3-year period.

Currently, individuals are assessed a penalty for early withdrawals from their qualified retirement savings plan. These disincentives are built into retirement plans to dissuade those planning for retirement from using their accounts for spending.

The law makes an exception for new parents by allowing a penalty-free withdrawal of $5,000 from an IRA or 401k plan. The withdrawal must be made within one year after birth, or adoption. New parents would be allowed to recontribute the $5,000 indefinitely.