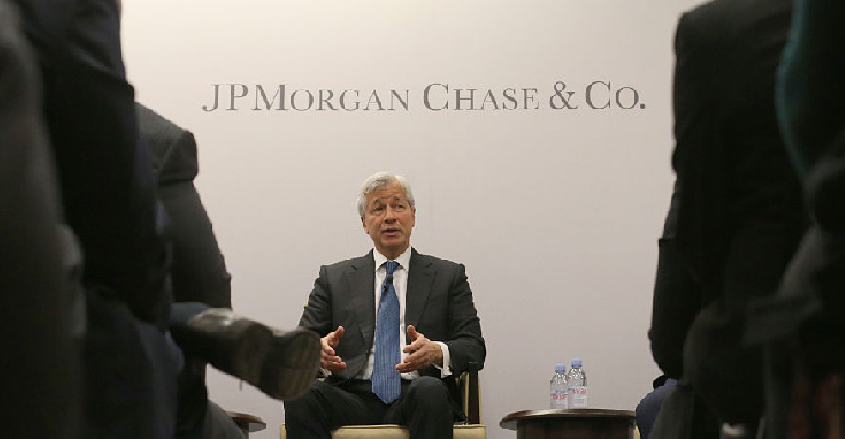 Jamie Dimon, the CEO of banking giant JP Morgan, is warning shareholders of the potential for a massive exodus from stocks driven by supposedly “passive” index fund investors.

Index funds own the entire stock market rather than selecting specific stocks. The slow and steady rise in stock market valuations has led many investors to choose lower-cost passive funds over actively managed products championed by JP Morgan and others.

There is $9 trillion invested in index funds and exchange traded funds, instruments which make it easy for scared investors to sell in a hurry, he warned in his latest letter to shareholders.

Financial markets have a life of their own and are sometimes barely connected to the real economy (most people don’t pay much attention to the financial markets nor do the markets affect them very much).

Volatile markets and/or declining markets generally have been a reaction to the economic environment. Most of the major downturns in the market since the Great Depression reflect negative future expectations due to a potential or real recession. In almost all of these cases, stock markets fell, credit losses increased and credit spreads rose, among other disruptions.

The biggest negative effect of volatile markets is that it can create market panic, which could start to slow the growth of the real economy. The years 1929 and 2009 are the only real examples in the United States in the past 100 years when panic in the markets caused large reductions in investments and hiring.

Dimon said he doesn’t give this scenario very high odds. In fact, he wrote, low odds. But because memories of 2009 are so fresh, “there is always a chance that people may overreact.”

While the banking system is safer than before 2009, that doesn’t mean every potential new risk has been accounted for, he warned.

When the next crisis begins, regardless of where or how it starts, multiple actors in the system will take actions — either out of necessity (i.e., they need cash) or sentiment (i.e., they want to reduce risk).

This will happen across passive, index and ETF funds, insurance companies, banks and nonbanks. As individual actors stop providing credit and liquidity in the marketplace, we need to do a better job of understanding how this might unfold. And all this will be happening under a different regulatory regime from before.

On another theme, Dimon decried President Trump’s recent tariff actions, saying that we need a more collaborative approach with European allies when it comes to China.

“Retreating from the world is not the solution, nor is burning down the current system and starting anew,” Dimon wrote. “Ceding America’s leadership role on the world stage is a bad idea for everyone — inside and outside our great land.”

I'm glad to see Jamie Dimon, JP Morgan CEO, and others in the financial sector finally waking up to the reality of what Trump's chaos approach means for our global economy.

And acknowledging what we've all known since 2016.
Trump is a one-term President.https://t.co/vZxZcL9kjF

What are your thoughts on Mr. Dimon’s comments? Let us know!