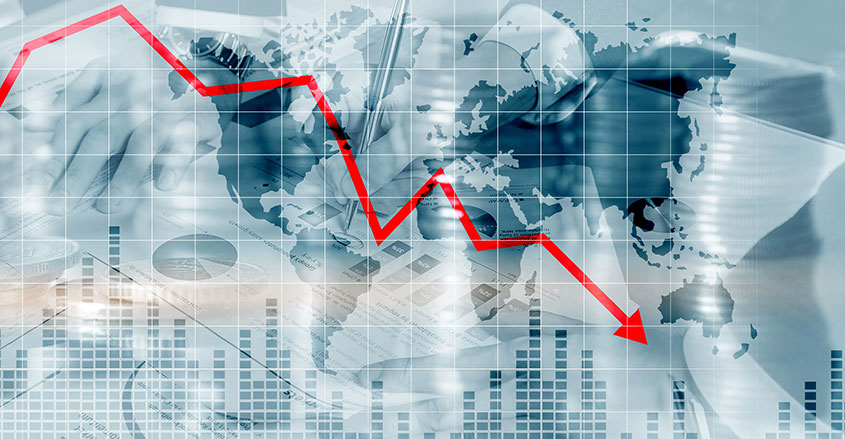 Several economists and finance experts have been warning that another global financial recession could occur by 2021 for some time.

In August 2019, more than 72% of the economists surveyed by the National Association for Business Economics predicted that a global recession will occur by 2021.

Three out of every four economists surveyed agreed on this prediction.

This consensus was reached after the yield curve inverted of early August 2019.

The last inverted yield curve was in 2007. For added context, economists surveyed by the NABE predicted in February 2019 a 67% chance of near-term global recession.

Now Mark Zandi, the chief economist at Moody’s Analytics, is predicting that a global recession may occur in 2020 or 2021.

Zandi predicts an “awfully high” chance for a global recession within the next 12 to 18 months.

“I think risks are awfully high that if something doesn’t stick to script then we do have a recession,” said Zandi.

“I’ll say this also: Even if we don’t have a recession over the next 12 to 18 months, I think it’s pretty clear that we’re going to have a much weaker economy,” added Zandi.

Zandi believes that several international and geopolitical tensions are fueling the probability of an imminent recession.

These include President Donald Trump’s global trade war declarations with various countries, Brexit in the U.K., and monetary stimulus strategies executed by central banks, among others.

There is no guarantee of a recession occurring between now and 2021.

One piece of evidence that is convincing noted economists of late, however, is the inverted yield curve.

An inverted yield curve happens when a short-term U.S. Treasury bond pays a greater interest rate, or maturity, than a long-term bond. This last occurred in August 2019.

Inverted yield curves have manifested in bond markets ahead of every recession since 1956.

The last time inversion yield rate warning signs occurred was between December 2005 and December 2007. This was a marked period of recession right before the global financial crisis of 2008.