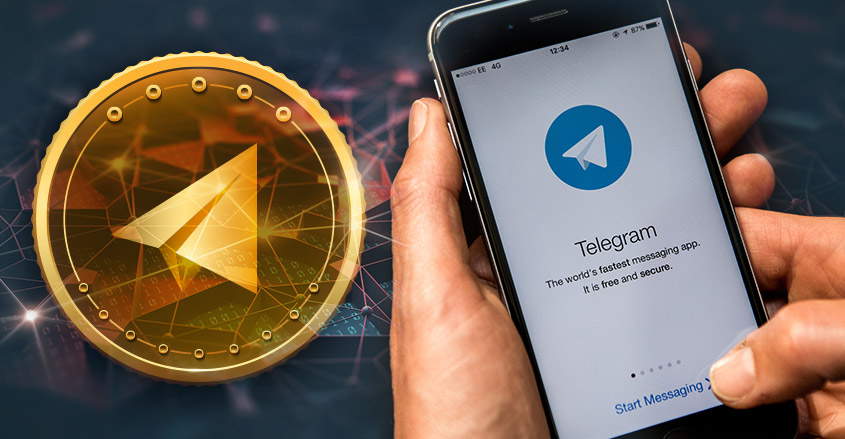 Telegram, the secure messaging platform that recently made headlines for being banned during the Iranian protests, is planning an initial coin offering (ICO) to raise as much as $3 billion, with a pre-ICO sale of $500 million.

The ICO, expected in March, would potentially be the largest private cryptocurrency financing to date.

Telegram’s Russian co-founder and CEO Pavel Durov is known to be driven by the idea of creating a native cryptocurrency that empowers Telegram’s payment system with near-total independence from banks and governments.

The ICO funds will go into launching a native cryptocurrency, called a “Gram,” as well as developing Telegram’s own blockchain platform.

The company is confident of a successful ICO because Telegram is already a popular and highly reliable messaging app used across the globe, not a startup without a background.

The idea of a cryptocurrency integrated with a widely used messaging app holds enormous promise.

The Telegram Open Network (TON) is being touted as the next-generation blockchain with advanced capabilities beyond Bitcoin and Ethereum. With payments powered by cryptocurrency via Telegram, for instance, users would be free from expensive remittance charges when transferring money to another country.

The technology could allow Telegram users to move large payments without identity disclosure thanks to app encryption. At the same time, users could make small and micro payments cheaply, transfers that would otherwise incur expensive credit card fees.

The fact that Telegram already is accepted as the de facto communication platform for the international crypto community is going to help the company’s ambitious plans to launch its own blockchain and coin.

Something that is likely to excite investors in this forthcoming ICO is that Telegram already has a global user base of 180 million. Durov and his team aim to leverage this vast user base to push the “Gram” into mainstream adoption and effectively turn Telegram into a powerful new cryptocurrency, thanks to its extensive scale.

Just like any new cryptocurrency, Gram will be based on blockchain technology that will be an upgraded version of previous technology. The success or failure of Gram is going to depend on its ability to live up to its promise of security, scalability, and affordability.

If the chat app receives widespread response from its 180 million strong existing user base as expected, there is an inherent risk of slowing transaction speeds.

Initial hiccups notwithstanding, the fact remains that the model created by Telegram is by far the most innovative step that should take cryptocurrency use to a new level. It marks the arrival of an entirely new genre, compared to Bitcoin and Ethereum.

If Gram users manage to make safe and efficient transactions at a fraction of the cost of existing payment models, it could be a game-changer.