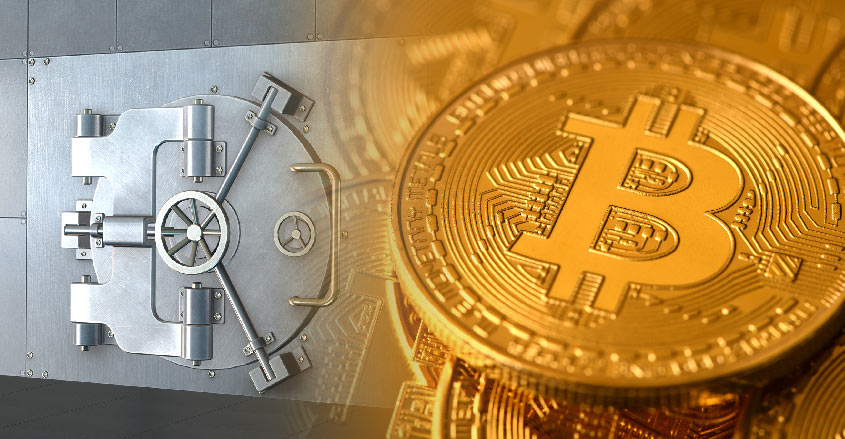 A four-year-old startup with a funny name holds about $10 billion dollars’ worth of Bitcoin — about 7% of all Bitcoin in existence — in impenetrable bunkers around the world.

Because rich people want it that way.

The company, Xapo, is the brainchild of serial web entrepreneur Wences Casares. His clientele includes millionaires and billionaires that he has convinced to invest in digital currencies.

If you take the company’s claims at face value, then Xapo has more “deposits” than more than 98% of the 5,670 banks operating in the United States.

First, the businessman convinced his clients that Bitcoin is the currency of the future. Then he then convinced them that he is only one who can safeguard it for them.

The way Xapo works is using underground vaults that span over five continents. One vault is actually a decommissioned bunker formerly used by the Swiss military.

The vaults all feature multiple layers of physical and electronic defense. Each vault has guards, blast doors and corridors of reinforced concrete.

These protections are in place to safeguard encrypted computer servers that are never connected to the Internet, to protect against hacking.

Withdrawing Bitcoins from a Xapo vault is no picnic. The process can take up to two days.

The client’s identity must be verified. Three separate Xapo vaults must authenticate, approve and sign out the retrieved digital currencies.

Xapo’s elite clientele of 1 percenters are steadfast in their belief that digital currency fortunes are safe nowhere else. Some clients include Wall Street investor Mike Novogratz and LinkedIn co-founder Reid Hoffman.

“They’re the first folks who recognized custodial and security functions would be key,” Hoffman said.

Ryan Radloff of CoinShares, stores more than $500 million of his Bitcoin at Xapo.

“Everyone who isn’t keeping keys themselves is keeping them with Xapo,” Radloff said. “You couldn’t pay me to keep it with a bank.”

Even though Xapo operates as an unorthodox custodian of finances, it still follows some regulatory edicts.

Xapo is monitored by the Financial Services Standards Association, a self-regulating organization.

Still, the firm has its critics.

“It’s a subject we discuss a lot, and we believe Bitcoin won’t reach the mainstream if people have to hold their own private keys,” said Rogers.

“It’s a pretty high hurdle technically to be your own bank with lots of security,” he added.