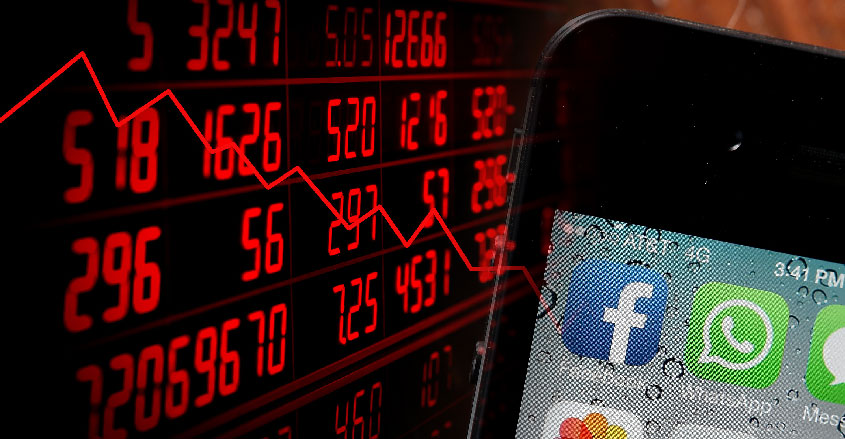 Facebook, Amazon, Apple, Netflix and Google — the so-called FAANG stocks — have shedded more than $397 billion in market cap since the Nasdaq Composite peak on March 12.

All tech stocks took substantial hits after the Facebook data breach story broke. The fallout is likely to adversely affect other stocks in the tech sector.

Most notable are companies such as Google, whose entire business model is dependent on manipulating customer data for sale to advertisers.

News that chip maker Nvidia was halting road tests of driverless vehicles also helped fuel the indiscriminate sell-off across the tech sector. An Uber test car was involved in a fatal crash in Arizona.

The significance of these events?

Investors who once embraced as implacable the technology of the 21st century, including the role and scope of social media, are turning skeptical. Questions are being raised about the long-term viability, safety and social utility of the new disruptive technology.

Suddenly, investors are concerned whether the rate of earnings growth can continue in the new and unpredictable environment of increased scrutiny.

Perhaps the biggest risk for the tech giants is political. Public outrage over the callous disregard for customer privacy will not be quelled any time soon.

Facebook CEO Mark Zuckerberg faces a grilling by Congress on the question of surreptitious use and abuse of customers private data. These events do not bode well for the tech sector.

Growing consumer anxiety over privacy issues makes regulation likely. Europe has been aggressively confronting Google. The European Commission is calling for a 3% revenue tax on the Internet giants.

Germany wants to regulate Google as a public utility. Such actions could have a negative effect on profit margins.

In addition to the political risks facing the tech sector, there are concerns that after years of unprecedented appreciation tech stocks are now overvalued.

Consider these gains from last year: Apple stock appreciated 46%; Facebook up 53% and Google closing out 33% over 2017.

For the last ten years, the S&P 500 Information Technology Sector had an average annualized return of 12.7% and a total appreciation of 232%.

Consider also, that if interest rates continue to rise, the appeal of a discounted stream of future tech company earnings wanes. This could depress inordinately high tech sector valuations.

The current high valuations even have some investors concerned that the dot.com bubble and subsequent rout of 2000 may repeat itself with the highflying tech sector.

Although these P/E ratios are nowhere near the hyper-inflated valuations that preceded the dot.com meltdown in 2000, they are nonetheless high relative to the market as a whole and can no longer be considered reasonable.

All these factors indicate that a correction is in order and valuations will be adjusted accordingly.